Check out our page that lists some local and national government agency resources to help you prepare:

The Minutes of the 2013 Annual meeting was read and moved to be accepted as read by Lin Williams, seconded by Brenda Hosegood.

Treasurer’s Report was given with a notation that all assessments were up to date as well as all recurring bills were paid to date. Report moved to be accepted by Brenda, seconded by Allen.

The Quarterly Newsletter was discussed with favorable responses from all residents as well as a good report from neighboring subdivisions that had seen a copy. The newsletter is compiled and formatted on a volunteer basis; printing costs are $50.00 per quarter, with discounts applied when available. It was the consensus that we should continue the newsletter distribution.

Next, Krystal gave a brief demonstration of our Website with its many features and constant updating of current information. There was also a reminder that the minutes of meetings and The Deed Restrictions and By Laws are always available on the website. Krystal keeps the website updated as to events that affect our neighborhood, emergency as well informational phone numbers, that are always helpful. Again, this service is provided by Krystal free of charge and with many hours invested.

The installation of officers was next on the agenda. After some suggestions, acceptance and retractions, the Board of Directors for 2014 will be: Allen Wright, Nancy Ross, Pat Wagner, Brenda Hosegood and Lin Williams. The appointment of the offices to be held by these Directors will be determined at the next regularly held meeting.

The future installation of a Beautification Award was brought up for discussion. It was determined that an outline of such a program would be developed in an upcoming Director’s Meeting. Next, after a brief summary of the history of the annual assessment, the years of keeping it the same amount while faced with growing costs, the floor was opened as to the resident’s view of increasing the annual charge. It was generally felt that some increase would be inevitable. The final decision as to any increase would be discussed and voted upon by the 2014 directors at the next Director’s Meeting.

Next meeting would be held on March 24, 2014 at the Hosegood residence.

Annual Meeting adjourned at 7:53. Moved to accept by Allen, seconded by Brenda.

The crosswalks on New Jersey Road at Woodlake Park and also by Lake Somerset Park have been restored by repainting the pavement markings.

The New Jersey Road and Sylvester Road area will be undergoing some improvements. Here are the highlights so far:

See details and maps on the links below:

Lakeland, Florida has been awarded a Bronze Level Bicycle Friendly Community by The League of American Bicyclists (LAB). This video demonstrates some of the improvements for bicyclists by the City of Lakeland, such as the Bright Green Bike Boxes at Lake Hollingsworth

This video, A Bike Friendly Community by Antwan Key, was posted by ylakeland.com.

Also see Woodlake’s page on for information specific to the Woodlake area.

Additional information and Videos
For a video specifically on Bike Boxes see: http://www.lakelandgov.net/Bicycling/BikeBoxes.aspx 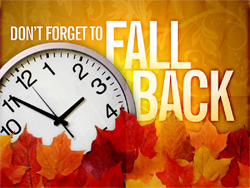 Rule: Daylight saving time starts on the second Sunday of March and ends on the first Sunday of November, with all time changes officially taking place at 2:00 A.M. local time.

Advisory signs have been posted at the Lake Somerset boat ramp and around the rookery. Additionally, educational signage will be installed near the parking area by the city. A safety issue was proposed that the lake has several blind corners on the water around the small islands.
Lake Somerset is an urban public access lake, managed by the city. Currently, there is not currently a supporting ordinance to regulate speed alone. The rookery has not been designated as a specially protected zone, but has many wild birds that nest there.
The city will follow up with the FWC to investigate the safety issue.
*Meeting notes were submitted by a Woodlake Garden Patio Homes Attendee.